What is FIPS 140 and what does it mean to be “FIPS compliant”?

FIPS was developed by the Computer Security Division of the National Institute of Standards and Technology (NIST). It established a data security and computer system standard that businesses must follow in accordance with the Federal Information Security Management Act of 2002. (FISMA). Federal government organizations in the United States are required by FISMA to minimize information technology risk to an acceptable level at a fair cost. 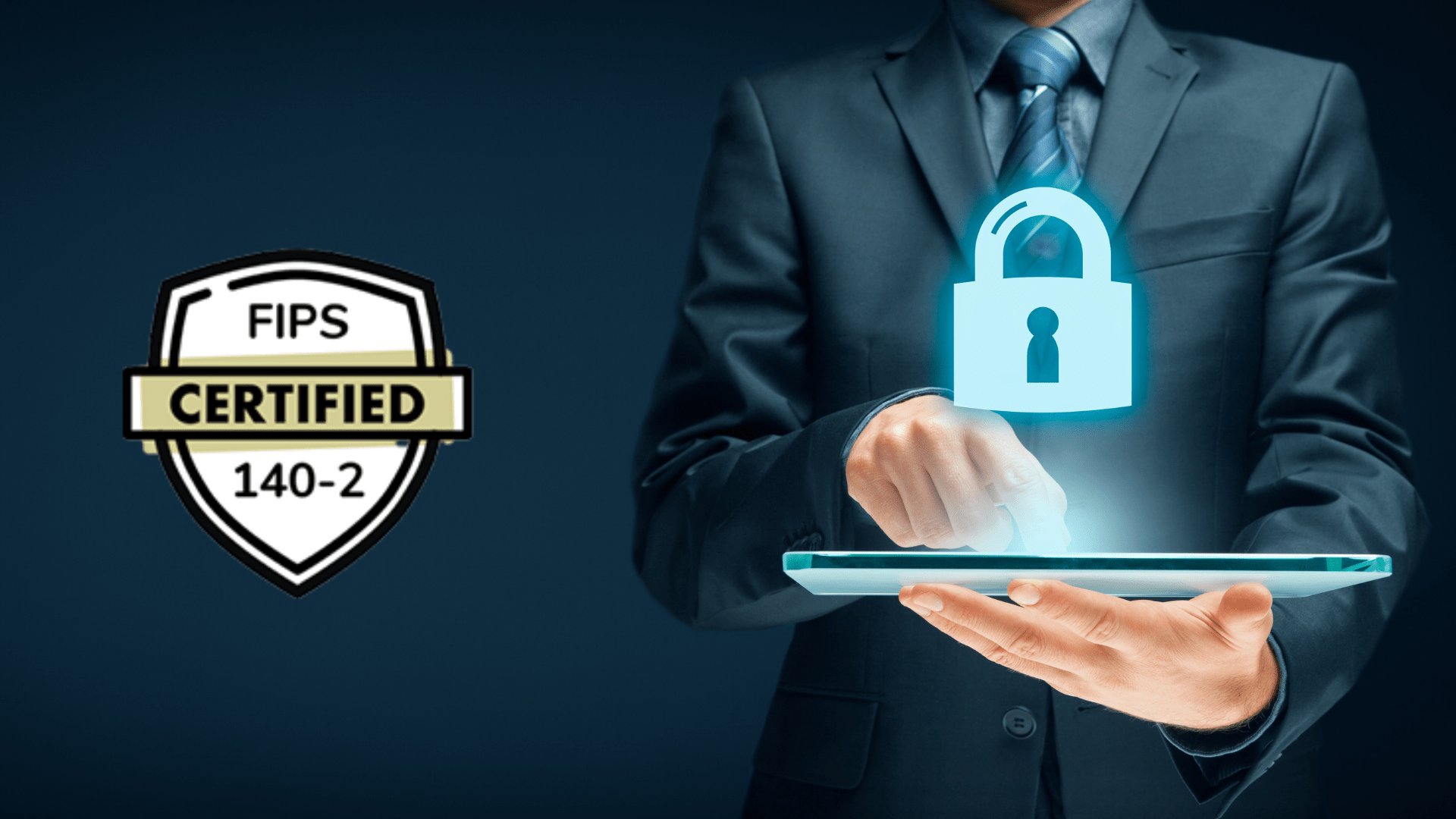 The Federal Information Security Modernization Act of 2014 (FISMA2014), which replaced FISMA in 2014, changed several of its original provisions to reflect the evolving nature of cybersecurity requirements and the need for supervision.

To be FIPS compliant (FIPS), organizations must follow the different data security and computer system standards described in the Federal Information Processing Standards.

“Security Requirements for Cryptographic Modules” according to FIPS 140

When creating, putting into use, and running cryptographic modules, the FIPS 140 standard is followed. The combination of hardware, software, and/or firmware known as a cryptographic module implements security features such as algorithm execution and key creation. The techniques for validating and testing the modules are also outlined in the standard.

“Level 1” through “Level 4” are the four security levels that are specified by FIPS 140-2. The levels rise, but they don’t always grow on top of one another. Additional testing is performed on a higher level for the level’s use case.

FIPS Level 1 is the first level of strong security certified by the FIPS standard. This level has  fundamental security requirements for the cryptography module and the algorithms contained therein. Beyond the fundamental necessity for production-grade components, a Security Level 1 cryptographic module does not include any additional physical security features. PC encryption boards are an illustration of a Security Level 1 cryptographic module.

FIPS Security Level 2 requires  additional physical security mechanisms on top of the Security Level 1 cryptographic module by mandating elements that demonstrate tampering, such as tamper-evident coatings or seals that must be broken to gain physical access to cryptographic keys and critical security parameters (CSPs) within the module, or pick-resistant locks on covers or doors to prevent unauthorized physical access.

FIPS Security Level 4 offers a maximum level of security. To this degree, the physical security mechanisms surround the cryptographic module completely, serving as a barrier to prevent any illegal attempts at physical access from being made. There is a very high likelihood that any attempt to breach the enclosure of the cryptographic module will be identified, in which case all CSPs that include plaintext will be deleted immediately.

Enterprises store, transact, and analyze large volumes of data and have an obligation to keep this data secure and private at all times. Enterprise data can exist in three states (at-rest, on-transit, and in-use) during its lifecycle and as it journeys through the enterprise and its network of suppliers and partners. Data at-rest and in-use can greatly benefit from the use of FIPS 140-2 validated encryption.

Specific areas where FIPS 140-2 validated encryption can be used to secure enterprise data are: data-at-rest for all types of databases, repositories, both structured and unstructured; for FIPS 140-2 validated data-in-use encryption (encryption-in-use), this is now available for a large variety of databases, enterprise search platforms, object stores, and file shares via Titaniam.

Many of these platforms such Enterprise Search platforms like Elasticsearch and OpenSearch must index and persist large amounts of clear text data for searches and analytics. These platforms are ideal prey for data-hungry ransomware and extortion criminals, who either hunt for improperly configured clusters or steal admin credentials. Similarly, misconfigured or commonly accessible AWS S3 buckets are another major source of data compromise.

How do we stop these attacks? Titaniam, a data protection solution that can ensure that valuable data will not get compromised, even if attackers break in successfully and leave with it, is the only encryption-in-use solution with NIST FIPS 140-2 certification for all underlying algorithms.

Titaniam distinguishes itself by offering functional capabilities equivalent to at least three other data security solutions in addition to the state-of-the-art encryption-in-use. Multiple privacy preserving formats such as Tokenization, data masking, or general-purpose encryption are combined with high-performance encryption-in-use and are all included in the same package at no extra cost to businesses using Titaniam for encrypted processing and ransomware protection. Titaniam is one of the most practical options in the CISO’s toolkit today and is faster than its closest competitors, while offering wider coverage at a fraction of the cost. In addition, Titaniam offers a robust key management infrastructure, including integrations to significant key vaults, field-level key derivation, index-specific keys, and keystore integrations (allowing BYOK).

Titaniam FileShare Security: For file servers and other systems used for file sharing, Titaniam offers always-on encryption. Regardless of privilege, Titaniam ensures that all files are always protected with NIST FIPS 140-2 verified strong encryption and that unencrypted data is never directly accessible via the file share.To learn more about functionality, read more here.

Titaniam Vault: Titaniam Vault is a stand-alone data vault that can analyze and store both structured and unstructured data while maintaining strong NIST FIPS 140-2 encryption without ever needing to decode data, even when it’s being processed in memory or the computer’s hardware.To find out the full extent of the Vault’s capabilities, read more here.

Titaniam Plugin: Without compromising search efficiency or limiting fully featured search options, Titaniam Plugin secures sensitive data inside of the most popular enterprise search systems. For all versions of Elasticsearch, OpenDistro, and OpenSearch on AWS/Azure, Titaniam Plugin is accessible.Check out more on the high-performance capabilities of the Plugin here.

Titaniam API/Translation service: The Titaniam API service can be used independently or in conjunction with any other Titaniam products to produce a high-quality data translation solution. Existing applications can resist ransomware and other data-related threats with the Titaniam Translation Service alone. Additionally, it can guarantee that downstream applications can quickly translate protected data exiting other Titaniam products into clear text or other private formats. The Titaniam API enables other Titaniam-protected systems to be completely locked down, in line with the Zero Trust Data security standard, from the nine secure and private formats (including searchable encryption) and types of data, including keywords, text, numbers, dates, IP Addresses, Binary and PII-specific data types.

Titaniam Studio: The Studio also offers a management interface for other Titaniam products. In the event of a successful attack, it offers dashboards, analytics, and granular compliance certifications. CISOs can see first hand how Titaniam Studio reports as auditable proof that their data maintained encryption throughout the attack by clicking here.

The Importance of Being FIPS Compliant

All users should be informed of the value of security awareness and the necessity of making information security a management priority. Organizations should identify their information resources and assess the sensitivity to and potential impact of losses because information security needs vary from application to application. The selection of available controls, such as administrative policies and procedures, environmental and physical controls, information and data controls, software development and acquisition controls, and backup and contingency planning, should be based on probable risks. Titaniam covers all bases as the only encryption-in-use solution with NIST FIPS 140-2 certification.

To browse our suite of FIPS 140-2 validated products, view our product page here.