In today’s data driven world, data can be considered one of the most valuable assets an enterprise’s possession. A vast majority of security controls deployed in an organization serve to keep its data secure and private and so one could argue that an organization’s security posture can be assessed by the quality of its data protection strategy. Knowing the different angles attackers may use to access data and the attack paths they could use to steal it, should be a central point of consideration when designing the organization’s approach to data protection.

This is a blog about how attackers typically go about stealing data and effective methods organizations can use to prevent it. 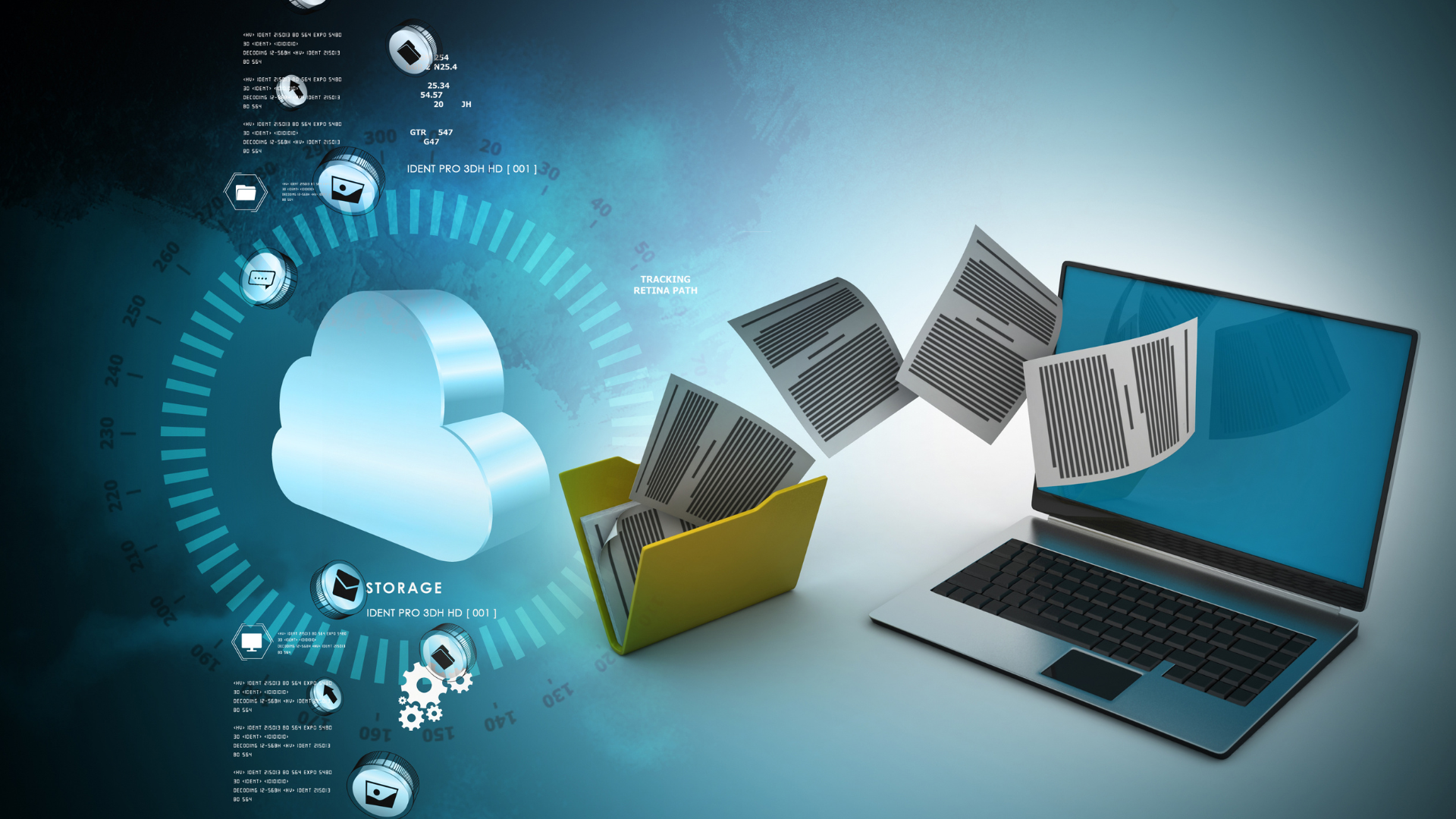 What is data exfiltration?

Data exfiltration is one of the most profitable aspects of modern cyberattacks and provides attackers with vast amounts of leverage over cyberattack victims. When attackers exfiltrate sensitive data, especially data belonging to customers, they are able to compel victim organizations to pay millions of dollars in ransom to avoid this data being leaked. Often attackers threaten to extort customers directly. In addition, Data Exfiltration enables attackers to utilize stolen data to launch future attacks on both the original victim, as well as entities identified in the stolen data set.

Interestingly, many organizations find that exfiltrated data eventually gets leaked even after they make the ransom payment, which reinforces the need to keep data from being exfiltrated in the first place. Also, the implications of real peoples’ sensitive data being leaked or the value an organization could lose without their information, are also large.

Titaniam’s State of Data Exfiltration and Extortion 2022 report revealed that the nature of cyberattacks has changed to include data exfiltration in a majority of the attacks. Over 70% of organizations admitted to suffering a ransomware attack in the report. Of that number, 68% of those included data exfiltration, and 60% were extorted and forced to give in to ransom demands.

How do hackers exfiltrate data?

Cyberattackers aiming to capture organizational data often have the opportunity to physically access a computer with all necessary credentials or use inside assistance to break into company networks using an automated approach quickly.

On the organizational side, this means that the form of cyberattack can be incredibly difficult to detect and defend against since at the time it happens, it is already too late to defend. On the technical side, the action is frequently misconstrued as ordinary because the stolen data merely travels inside and outside an organization’s network using trusted paths.

But, once the data has been successfully exfiltrated, criminals can do anything they want. This includes seriously harming a company’s reputation, demanding an outrageous ransom for the data, or performing other extortion techniques. While many businesses opt to use audits to identify any potential vulnerabilities, this is not a holistic approach to defend against data exfiltration.

A study from McAfee in 2019 revealed the preferred methodologies of data exfiltration perpetrators. Database leaks accounted for 38% of extortion tactics, network traffic 37%, with file shares and corporate email tied at 36% each. These tactics are distributed evenly enough, meaning these are the four most popular ways hackers have extorted data overall.

Let’s dive into what these techniques look like and what your organization could be seeing within these events.

What are some effective practical strategies to defend against exfiltration attacks?

Data exfiltration detection can be challenging and is greatly influenced by the attack tactic. As discussed above, there are many avenues depending on whether the cyber criminal is using an insider or is coming from the outside to exfiltrate data.

However, when they are inside, analysts and cybersecurity pros may falsely classify the traffic from data exfiltration as typical network traffic. On the detection side, more and more enterprises are adopting automated tools that instantly identify suspicious or abnormal traffic to detect a malicious actor’s presence.

One such instrument with real-time network traffic monitoring capabilities is the Security Information and Event Management System (SIEM). Even malware used to communicate within network servers can be found in some SIEM solutions. SIEMs are one of the most popular tools currently utilized to detect ongoing data exfiltration attacks.

However, in a vast majority of cases, when attackers steal privileged credentials they are able to disguise data exfiltration as normal behavior for the admin or privileged user. For this reason it is very important for organizations to deploy a set of controls to keep valuable data secure when attackers do manage to break in and gain access to data repositories.

For cases when this happens enterprises can choose from the following types of solutions:

One common strategy to prevent data exfiltration that many organizations rely on is a data loss prevention (DLP) solution. DLP tools are useful when companies know what data could be exfiltrated and are able to make policies in accordance with them. Generally speaking,  DLP solutions frequently fail to identify data exfiltration and do not provide significant  immunity to ransomware or other large scale data-focused attacks.

Titaniam is a powerful offering that enables organizations to secure existing systems against data exfiltration and extortion as well as  build new ransomware and data exfiltration-resistant products from scratch.

According to Gartner “Titaniam provides substantial reduction in risk from ransomware and other data focused attacks.”

Titaniam utilizes high-performance encryption-in-use along with nine privacy preserving techniques to ensure that encrypted data can be queried and analyzed without decryption and data can be utilized by applications and analytics platforms without exposing clear text. By doing this, Titaniam ensures that attackers cannot abuse admin or privileged credentials to exfiltrate data in clear text and attackers do not gain data related leverage that they can use to extort victim organizations.

Titaniam is an efficient and effective answer for day-to-day data security and privacy enforcement but it is also a very effective control in the most challenging attack scenarios such as when attackers successfully breach datastores and bypass all other security controls.

Another important benefit of Titaniam is that the solution provides evidence that valuable data retained encryption during an attack. This type of evidence is very helpful to organizations as they are able to demonstrate compliance, ensure that stolen data cannot be used against them, and avoid ransom payments.

Titaniam FileShare Security: Titaniam provides always-on encryption for file servers and other file-sharing platforms. Titaniam ensures that all files are always secured with NIST FIPS 140-2 validated strong encryption and unencrypted data is not available directly from the file share regardless of privilege. Since data is encrypted before it lands, ransomware actors cannot access unencrypted data even if they are inside the firewall and moving laterally without restriction. The data release is strongly governed via policy, can be released in a number of private formats, can be rate limited, and can be plugged into other access controls as required.

Titaniam Object Store Proxy: Titaniam Proxy provides transparent application-level NIST FIPS 140-2 validated encryption for cloud object stores. Whereas native cloud platform encryption secures data from compromise on the cloud provider, encrypting with Titaniam ensures ransomware protection and complete data security if the enterprise themselves are victims of an attack. Titaniam supports privacy-enabled data release in nine secure and private formats as well as full-featured searches on encrypted data. The Titaniam Proxy bolts onto the non-extensible legacy, or fragile, systems and transparently directs sensitive data in and out according to security or privacy policy. Titaniam Proxy is available for both AWS and Azure environments.

Titaniam Vault: Titaniam Vault is a stand-alone data vault that can store and analyze structured and unstructured data, all while retaining strong NIST FIPS140-2 encryption without decrypting data at any time, including in memory or under the hood. With backup in place and strong encryption-in-use, Titaniam Vault is immune to cyberattacks, including ransomware. The Titaniam Vault also wins against traditional tokenization solutions by providing all the capabilities of tokenization with the added benefit of rich data usability. If used for tokenization, the Titaniam Vault can secure any type of existing data store or applications and build ground-up systems natively immune to data compromise. Data can be released from the Vault in nine different privacy-preserving formats to protect downstream systems from ransomware attacks and insider threats.

Titaniam Plugin: Titaniam Plugin protects sensitive data inside major enterprise search platforms without limiting full-featured search capabilities or deprecating search performance. Titaniam Plugin is available for all versions of Elasticsearch, OpenDistro, and OpenSearch on AWS/Azure. The Titaniam plugin can run on enormous big-data clusters within hours. Data inside the Titaniam-protected platforms cannot be exfiltrated in clear text, even if the cluster is compromised during a ransomware attack, insider attack, or left exposed by accident.

Titaniam API/Translation service: Titaniam’s API service can stand alone or integrate with any of the other Titaniam products to yield a high-performing data translation service. The Titaniam Translation Service can be used independently to make existing applications resistant to ransomware and other data-related cyberattacks. It can also ensure that protected data leaving other Titaniam products can be easily translated into clear text or other private formats by downstream applications. From the nine secure and private formats (including searchable encryption) and types of data, including keywords, text, numbers, dates, IP Addresses, Binary and PII-specific data types, the Titaniam API enables other Titaniam-protected systems to be completely locked down, aligned with the Zero Trust Data security standard.

To get a demo of Titaniam’s data exfiltration prevention capabilities, schedule a demo today!